This post is not Disney related. I am an avid runner who ran the Kentucky Derby Festival Marathon in Louisville, Kentucky today. This is a review for any runners out there, and also anyone interested in hearing about our fair city.

The Kentucky Derby Festival is a set of events leading up to the big race; including the marathon, concerts, balloon glow race, steamboat race, Thunder Over Louisville (which brought 650,000 people downtown) and other events. The mini-marathon and marathon are ran together with about 13,000 and 3,000 participants roughly and is usually held one week prior to the derby. The coarse highlights many famous and historic sites in the city. It is a nice tour for both the local person or for tourist.

Weather is fairly unpredictable this time of year. Last Saturday it was sunny with a low in the mid 60s quickly rising to the 80s. Yesterday started out just above freezing. This morning was 52 with rain and remained the same throughout.

The race begins in downtown on Main Street. Your are assigned into 1 of the 6 corrals based on your estimated time. All 16,000 start together. It is very crowded until mile 9 when the mini and full break apart. Unfortunately, many people ignore their corral assignment and there is much weaving and slowing down. It makes it hard to get into a rhythm. After the break it is not a problem.

For the first mile, you pass along Main St.  past some of Louisville’s most iconic buildings including the KFC Yum! Center, Kentucky Center for the Arts, Actors Theater, and the Louisville Slugger

Museum.  The next 3 miles pass through one of the most economically depressed neighborhoods of the city.  There are several vacant lots, abandoned factories and boarded up homes.  From here, you pass into Old Louisville, the largest Victorian neighborhood in the US and view the beauty and architecture of Spalding University, St. James Court, Belgravia Court, and Central Park.  Central Park was designed by Frederick Law Olmsted around 1900.  He is the father of American landscape architecture and the designer of New York City’s Central Park.

From Old Louisville, you continue along 3rd Street through the University of Louisville and on to Churchill Downs, the home of the Kentucky Derby. You run through the front gates of the track, under the track, and onto the infield, completing a lap just inside the track. This is a highlight for most people. You pass the iconic twin spires and smell the track while old races are broadcast over the sound system.

You pass out of the park and back onto the parkway, merging onto 4th Street and back onto the U of L campus. More U of L landmarks are passed this time through campus including Jim Roberts Stadium (home of the top 10 ranked Cardinal baseball team), Ekstrom library,Speed Art Museum, and the controversial Confederate War Memorial. You continue on a straight line back through Victorian Old Louisville until about mile 20 when you turn east toward the Highlands.

The Highlands is one the more colorful neighborhoods in Louisville. It is often described as a little piece of Seattle in the midwest. It is full of restaurants, bars, coffee shops, and novelty shops.. The 3 miles through here are hilly, too. Of personal interest is passing Jack Fry’s Restaurant, which is in my opinion the best in Louisville. It is also where I took my wife on our first date; almost 21 years ago.

The final 3 miles to the finish are graciously mainly downhill. There is not much to see until you pass back into downtown and retrace your first mile to the finish.

Pros: Well organized. A scenic urban route with multiple points of interest. Nice tech tee, running cap and finishers medal. When the weather is nice, there are live bands, food booths and carnival rides at the finish.

Overall: I recommend this race to anyone looking for a 1/2 or full marathon in the upper south/midwest. I think you will enjoy the race, the city, and the derby festivities. 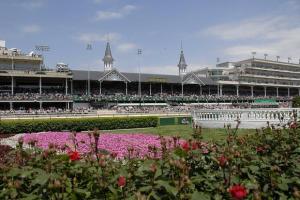 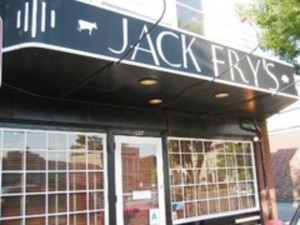